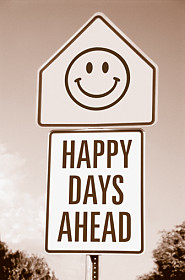 School has been in session for over two months, the first parent/teacher conferences are finished, and psychologists’ phones around town are ringing off the hook. This is the time of the school year when parents begin to be notified of problems their children are having in the classroom. I want to take a break from talking about the admissions process to share this letter I received from a client I worked with last year.

I want to share my story to help other families who may be facing similar issues to show that if you persevere, things can turn out for the best.  My son, who I’ll call Sam, was very happy at the loving, nurturing preschool he attended.  Sam did well and had many friends.  The next year we switched him to a different school, known for its structure and daily routines.

Sam’s first year at his new school was surprisingly challenging.  For the first four months of school, my son was never once invited over for a play date.  The only social interaction he had was when we did the inviting.  It was sad for us as parents and for him; he was fully aware that other kids were going home with each other, and he was never included.  In the first parent/teacher conference, we received surprising feedback.  I was expecting to have the teachers speak to our son’s intelligence and accomplishments.  Instead, we heard a lot about his problems in the classroom.  He was “annoying” the other children – always in their faces or too close.  He could not sit still during circle time.  The conference felt like it was all bad news.  I was crushed.  Where was the boy who had been so happy, popular, and smart just a year before?

We decided to see a pediatric neuropsychologist.  The testing revealed Sam has ADHD.  He scored very high on impulsivity, which would help explain the “annoying” behavior with his classmates.  He also scored high on inattentiveness, which would explain the lack of focus and the inability to sit still.  Armed with this information, we had options: we could get him into therapy, explore medication, or do nothing.  Comfortable with the idea of giving our child medication, we immediately visited a recommended psychiatrist and started him on medication.  Little did we know this was the beginning of a long journey.  It was mid/late April of his Pre-K year, and we were thrilled to have at least a month of school left to try out medication.  Overall, the last few weeks of school showed a transformation.  Not every day was perfect, but most days were breakthroughs.  Sam could control himself, focus himself, and his work demonstrated his true ability.  My only regret was that I had not taken him to the neuropsychologist sooner.

Kindergarten started…. I felt like we were set for a great year; we had information, and the medications we used at the end of the school year had worked well.  Unfortunately, the first few weeks didn’t go well.  While one day might be perfect, the next day he could be squirming during circle time and annoying the other kids.  His medication was not having the same effect that it had in April.  My doctor told me that changes were common, and we had to keep tweaking the meds.  I won’t take you through every high and low we had during the year, but I will tell you this: the year was a difficult journey.  I could not have made it through without the school’s support but especially the support of his teacher.  She saw Sam’s potential and she never gave up on him.  At Sam’s school, kindergarten is the year that all children must apply to a new school for first grade.  I felt enormous stress about the application process and what the prospects were for my son.  I was concerned that his performance on tests and at the school visits would be negatively impacted by his ADHD, and that unlike his teacher who understood my son and could see through his issues, the private schools in Dallas would not.

Today, Sam is in 1st grade and is at the private school of our choice.  We are happy, and he is happy.  He has fit in with his classmates beautifully.  He’s had several play dates and day after day he comes home with no mistakes on his classwork.  His teacher tells me he is doing very well, with slight issues here and there that are normal for any child his age.  I know we may have bumps along the road in the future, but I feel enormous satisfaction that we’ve worked through the major issues, and he is on a great path.

My message is this – If you have confirmation or just suspicion that something is “not right” with your child, I urge you to trust your instinct and listen to the teachers.  I know first hand how hard it can be to hear negative feedback about your son or daughter.  However, realize that the teachers have no agenda except that they want your child to succeed!  As hard as it may be at first, try to accept it rather than dismissing it.  Consider seeking an assessment from a professional.  Having a learning disorder or a behavioral disorder is NOT a weakness on the part of you or your child.  And you are not alone.  People may not talk about it, but many children have some kind of issue – either in early childhood or later in life – and as a parent, it is up to you to be the detective and not give up until you have solved the case.  Your child cannot do it without your help and support.  My experience shows that you need to intervene early – the earlier, the better.  The results will amaze you, and they could change your child’s life.  What better gift could you give your child than that?